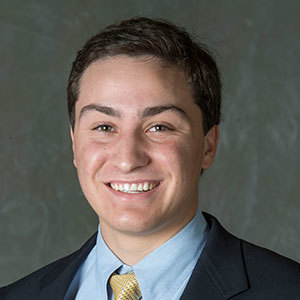 There was never any doubt in my mind that I wanted to spend my Social Justice summer in South Bend. I’ve always been an advocate of local service, and South Bend offered me the perfect opportunity to embrace that sentiment in the very city that houses the University of Notre Dame. During my eight weeks of volunteer work, I was able to assist at South Bend’s Center for the Homeless. I could not have been happier with my choice. From early May to the end of June, the thriving community at the Center for the Homeless lifted my spirits on a daily basis.

At the Center for the Homeless, I worked every morning as an assistant teacher in its Montessori classroom. Residents of the Center for the Homeless can send their children (aged roughly 3-6) to the classroom each weekday. Additionally, non-residents can send their children to the Montessori classroom if their income is below a certain level. Each day, I felt blessed to be able to impact the lives of these children. Obviously, it was rewarding to see a young child begin to comprehend a new subject. Even more so, however, I felt a deeper sense of happiness from understanding that the Montessori classroom could help put these children on a more level playing field as they begin to progress in life.

In the afternoons, I worked at the Center for the Homeless’ front desk, which is the lifeblood of the organization. Everything from the intake of new residents to the sorting of donations starts at the front desk. Here I met some of the friendliest and kindest people that I have ever known. They constantly inspired me with the ways that they put others before themselves. I am proud that I became a functioning part of the front desk and that I got to know such great people.

During my summer at the Center for the Homeless, I can wholeheartedly say that I matured greatly as a person and began to comprehend the struggle that all of the homeless, both adults and children, face in this day and age. I also learned that there are great men and women who are determinedly attempting to help those afflicted by poverty. In all, my experience was remarkable. It gifted me a new perspective and left me a better man. Thanks to everyone who helped me organize this Social Justice summer! The process would have been nearly impossible without the support from the faculty and scholars of the Hesburgh-Yusko Scholars Program and everybody at the Center for the Homeless.