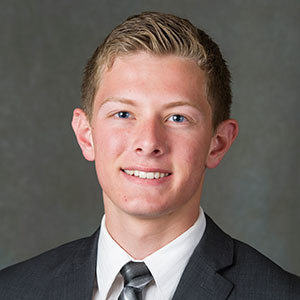 Michael McRoskey traveled from San Diego to New York, Boston, Washington D.C., Chicago, and Seattle during his Social Justice summer to spread The Red Bag, a 501(c)3 non-profit he started as a sophomore in high school. You can find out more about the project at: www.red-bag.org.

“There are so many ways to be human,” stated Nate, my Uber driver, as he drove me to a high school in one of the lowest income neighborhoods in South Chicago, where his daughter currently attended. The car passed a 10-story building, with a group of men and women under blankets on the street in the morning shade. I hoped that within a couple months, these men and women might meet the teens at the very school I was visiting. I had spent my morning researching the homeless population there and attempting to calm my nerves. I was embarking on possibly the most independent, uncertain, and influential journey of my life: humanizing the homeless through my peers. 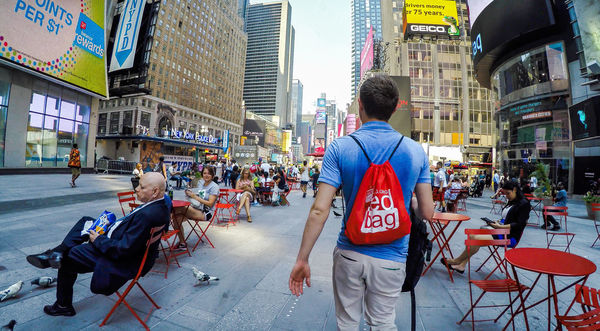 This past summer, I saw America, not through the lens of a collegiate student nor middle-class child, but a simple bystander—and it was nothing like I expected. I met Cici and her three and a half week newborn bundled up on Fifth Avenue in New York. I listened in the back seat as Jimmy chronicled the six times he had been homeless before being hired for the first time. I learned about the joys of dozens of immigrants who now call this country home, and their struggles too. I took a cab, train, ferry, and bus in the same day, engaging with strangers with stories and backgrounds I hadn’t been exposed to. Through it all, I tried not to turn my head away or plug in headphones. Humans all around me were seeing the world differently than me and I so wanted to understand them.

This was the very reason I started The Red Bag four years ago. I had seen the men and women of San Diego living on the fringes and realized they weren’t public exhibits or invisible beggars. They were people with experiences and stories I didn’t understand. They were someone’s brother or daughter or cousin who had hit hard times. I started The Red Bag to give anyone the opportunity to make a personal connection and share some love and encouragement with their neighbor in need; I spent last summer bringing The Red Bag to high schools across the country. Now, we’ve hired our first paid employee, have ten high schools signed on to spread The Red Bag this year, and are on track to have helped our 10,000th homeless person. It’s been an incredible journey, but we’re just getting started.